How Twitter Reacted To Avatar: The Way Of Water 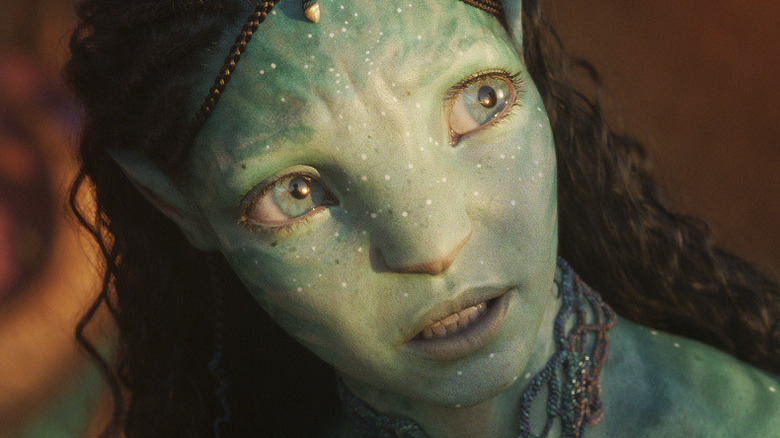 You know the gist — 13 years in the making; new technology; underwater; yada yada yada. “Avatar: The Way of Water” had its official premiere on December 6, and the first reactions are making their way to social media. It will be a little over a week before the public has their chance to sit in the theater, but we’re getting a good sense of what to expect when that day comes.

James Cameron had a lot on his plate regarding the follow-up, but the director certainly isn’t afraid of a challenge. There are at least three more franchise films on the way, and possibly an additional two “Avatar” flicks if everything goes well for “The Way of Water,” and moviegoers are happy. So, are they happy? Those lucky enough to see the film already certainly are, so there is lots to look forward to from Cameron in the decade (plus) ahead. Here are the biggest takeaways from Twitter regarding the second “Avatar” movie.

As you suspected, The Way of Water is visually stunning 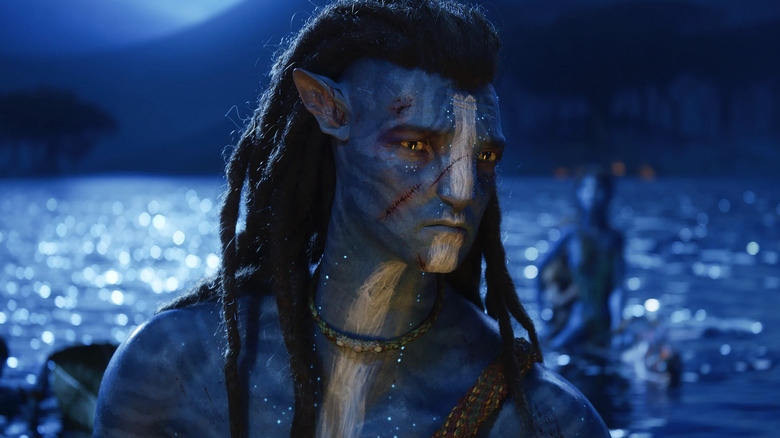 Disney
There really was no doubt, was there? Early reactions to the second Pandoran flick has members of the press all saying the same thing. “Avatar: The Way of Water is a never-ending visual spectacle,” Comicbook.com’s Brandon Davis tweeted. The podcast host was adamant about that fact, mentioning the stunning visuals in three separate tweets. Uproxx writer Mike Ryan highlighted the movie’s visuals perfectly, tweeting, “Yeah never bet against James Cameron. Trying to spare hyperbole, but I’ve never seen anything like this from a technical, visual standpoint. It’s overwhelming. Maybe too overwhelming. Sometimes I’d miss plot points because I’m staring at a Pandora fish.” Well, there you have it.

Finding a tweet about “The Way of Water” that didn’t mention the visuals was like trying to find a needle in a haystack. “Happy to say #AvatarTheWayOfWater is phenomenal! Bigger, better & more emotional than #Avatar, the film is visually breathtaking, visceral & incredibly engrossing. The story, the spectacle, the spirituality, the beauty – this is moviemaking & storytelling at its absolute finest,” Erik Davis of Fandango tweeted.

A theme amongst those lucky enough to preview the film is that the film looks great when the scene is set on land, but the underwater moments are going to knock your socks off.

So it looks great, but what about the story? 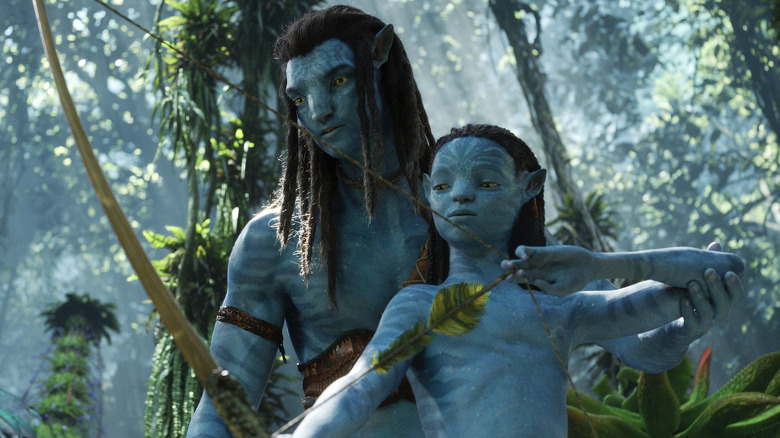 Disney
Most of the comments we found on Twitter suggest “The Way of Water” is well-rounded. For the most part, many suggested the story is engaging and ups the ante. “It delivers on both action & heart while giving fans an intriguing story that feels earned & warranted,” Tessa Smith of Mama’s Geeky wrote. “Incredible visuals, but a much more emotional connection to the characters and story,” Sean O’Connell of CinemaBlend added.

On the other end of the spectrum, those who had issues with the story felt it was a little “meh,” to say the least. “It does suffer from a thin story and too many characters to juggle, yet James Cameron pulls it together for an extraordinary final act full of emotion and thrilling action,” Ian Sandwell of Digital Spy tweeted. “The Way of Water” also has a lengthy run time, which some on Twitter felt dragged. “That runtime ain’t no walk in the park, and it will turn off some,” @anjelikamuhe wrote. The reactions that criticized the movie were few and far between, so don’t put too much stock into them.

Does James Cameron have another winner on his hands? 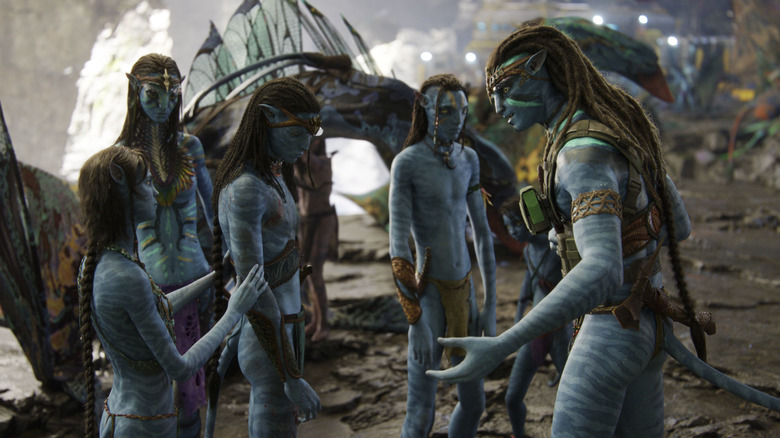 Disney
Yes, it absolutely looks that way. We’d be hard-pressed to name a director who does sequels better than James Cameron, and he’s making it more evident than ever with “The Way of Water.” “#AvatarTheWayOfWater is pretty incredible. I had faith James Cameron would raise the bar w/ the effects but these visuals are mind-blowing. One stunning frame after the next. But the thing I dug most is how the technical feats always feel in service of character & world-building,” wrote Perri Nemiroff of Collider. She does mention that “The Way of Water” is a lot of movie (emphasis on a lot), but suggests a second viewing would help iron things out for the viewer — something Cameron is banking on.

Sharing the same sentiments on Cameron and his attention to detail was “Happy Sad Confused” podcast host Josh Horowitz. “James Cameron once again shows filmmakers how it’s done. I’ve said it a thousand times. Never doubt him. AVATAR: THE WAY OF WATER is how you do epic blockbuster-ing. Emotional, visceral, and as big as movies get,” he wrote after attending the premiere.

It looks like “The Way of Water” is the sequel we were all hoping for and might just make the two billion dollars it needs to break even.