Michael Avenatti, the bombastic celebrity lawyer, first became an American household name in 2018. That’s when he took on adult entertainment actress Stormy Daniels as a client during her legal battles with then-President Donald Trump. Daniels claimed Trump’s personal lawyer, Michael Cohen, paid her $130,000 in hush money before the 2016 election in exchange for her silence regarding a sexual tryst she said they had, per The New York Times. Avenatti was never successful in any of the court filings against Trump. Still, he used the moment to appear on television news for months, often taking pride in verbally annihilating Cohen and Trump on camera.

Avenatti saw his rise among certain sectors of the American public as an opportunity to possibly run for Democratic presidential candidate in 2020. “I think there’s a huge appetite within the party for a fighter,” he told the Des Moines Register in 2018 while he was in Iowa, an early voting state. “I think the party has yearned for a fighter — a fighter for good, if you will — for a significant period of time.” However, Avenatti’s presidential dreams were cut short when he was arrested by Los Angeles police following accusations of domestic violence lodged by an actress he was living with, per The Cut. It was at that moment that everything began to unravel for Michael Avenatti, with a litany of civil and criminal cases that would eventually send him to prison for nearly two decades.

HE TRIES TO SCAM NIKE 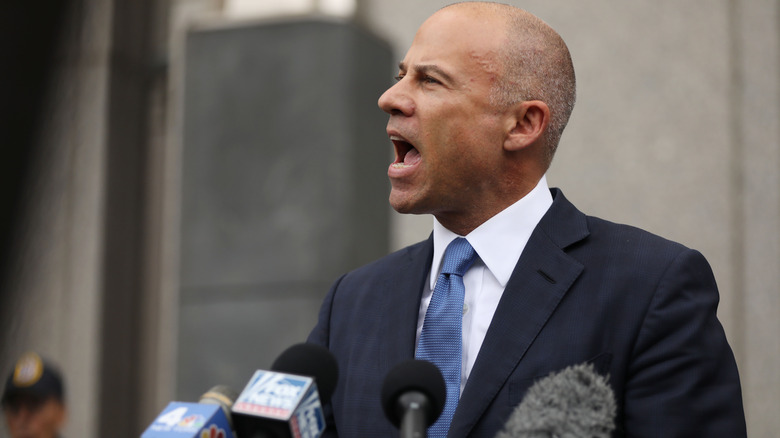 In 2019, Gary Franklin, the founder and coach of a youth basketball program, California Supreme, sought Avenatti’s help in getting Nike to reform its practice in what he alleged were illegal payments to families of college recruits, according to Sports Illustrated. Instead, Avenatti saw it as an opportunity to extort money from the sporting goods giant. According to court documents, Avenatti attempted to get as much as $25 million from Nike. If the company didn’t pay his client and also provide a well-paid consulting agreement for him and his high-powered attorney friend Mark Geragos, Avenatti threatened to hold a press conference airing Franklin’s claims that he said would plummet Nike’s stock prices. “I’m not f****** around with this, and I’m not continuing to play games,” Avenatti told Nike’s lawyers (via ABC News).

For his attempt to swindle Nike out of millions of dollars, Avenatti was sentenced to two-and-a-half years in prison in July 2021. “He hijacked his client’s claims, and he used him to further his own agenda, which was to extort Nike millions of dollars for himself,” said the judge (via Newsweek), adding, “He outright betrayed his client.” Avenatti’s sentence was significantly lower than what the prosecution sought in the case. “I alone have destroyed my career, my relationships, and my life. And there is no doubt I need to pay,” said Avenatti, per Metro. But that light sentence would be just a drop in the bucket of what was to come. 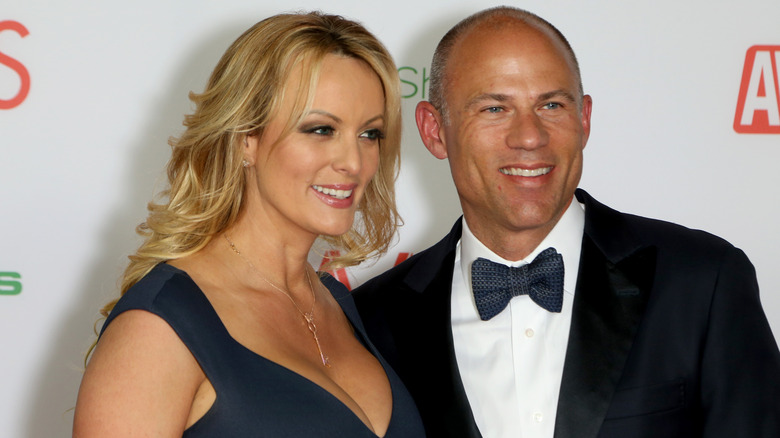 Michael Avenatti was never able to mount a winning strategy against then-President Donald Trump on behalf of Stormy Daniels. However, he was able to negotiate a lucrative book deal on behalf of the adult entertainer. For her memoir, “Full Disclosure,” Daniels was to receive an $800,000 advance, per BuzzFeed News. But according to federal prosecutors, Avenatti stole $300,000 of that sum by faking her signature on a form that rerouted the bank transfers to an account under his control, according to CNN. For months, Avenatti lied to Daniels about the missing payments and led her to believe that the publisher was not paying her, when it was Avenatti who was skimming money off the top of her advance.

“Lawyers have a duty to be loyal and advocates for their clients. Far from being a loyal advocate for his client, Michael Avenatti stole his client’s identity and her money in order to line his own pockets,” U.S. Attorney Damian Williams said, per NBC News. For his part, Avenatti wrote a letter of apology to Daniels a month before his sentencing. “It is obvious that I failed you in many respects and that I disappointed you and let you down in multiple ways,” he wrote (via The Hill). “I wish that we could turn back the clock so that the mistakes I made would never be repeated. I am truly sorry.” For defrauding Daniels, Avenatti was sentenced to four years in prison in June 2022.

AVENATTI GETS A MUCH LARGER PRISON SENTENCE 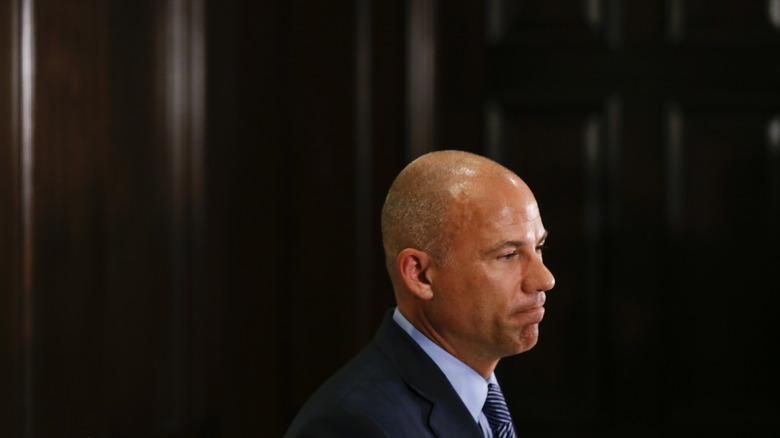 At the same time Michael Avenatti was getting sentenced for stealing from Stormy Daniels in a court in New York, he was also pleading guilty to four counts of wire fraud and obstructing the Internal Revenue Service in the Central District of California, according to the AP. The four counts of wire fraud were for the four clients he was accused of stealing millions of dollars from. According to ABC News, the tax charge was related to his attempts to block the government agency’s efforts to collect $5 million in unpaid payroll taxes on his coffee business, Tully’s Coffee. The prosecution said Avenatti took a $2.75 million settlement and then bought a private plane (per U.S. Department of Justice). Another one involved collecting a $4 million settlement from Los Angeles County on behalf of a client who became a paraplegic while in custody; Avenatti only paid him small amounts to keep him quiet, per Reuters.

On December 5, 2022, Avenatti, who represented himself in court, was sentenced to 14 years in prison and was ordered to pay more than $10 million in restitution to his clients and to the IRS, The New York Times reported. “He stole millions of dollars from his clients — all to finance his extravagant lifestyle that included a private jet and race cars,” said Martin Estrada, the U.S. attorney for the Central District of California (via CNN). He added: “[N]ow he will serve a richly deserved prison sentence.”